Salt crystal lamp is simply known as salt lamp also! It is made from salt crystal rocks formed by nature over hundreds of millions of years ago. When mining the salt crystals, explosives are strictly prohibited to preserve the structures of the crystals. Lamps are carefully crafted by hand to retain the unique, beautiful and natural shape of the rock. The result is a rare crystal with such beautiful colors ranging from off-white to apricot and warm pink. As the light bulb or a tea light warms up the lamp, healthful NEGATIVE IONS lift off from the surface and help to cleanse and improve the quality and freshness of the air you breathe.

Salt crystal lamps are known to improve the quality of the air by producing negative ions — the “vitamins of the air”, by emitting a huge number of ions when being illuminated from inside (warm) which is essential for our health and well being which is severely affected these days by our hi-tech life style.
The environment we live in today has far more sources of positive ions than in the past, creating an electrical imbalance in the air. Various human activities and electrical appliances produce positive ions which are the reasons for the deterioration of our physical and emotional well being; e.g. discharge of voltage in high-voltage networks, heating and cooling systems, TVs, radios, transmitters, radar systems, computers, exhausts and cigarette fumes.

How Does Salt Crystal Lamp Work?

Himalaya has the largest salt deposits in the world with 1290 running miles and can last another 365 years by improving our air quality and healing many diseases.

In Europe, bioenergeotherapists and homoeopathists recommend salt crystal lamps to assist in the treatment of many health conditions. Even though they are not a “medical device”, Salt Crystal Lamps, by emitting negative ions, significantly reduce a myriad of indoor air pollutants. Negative ions have known benefits, and may provide relief from sinus, migraine headaches allergies and hay fever, reduce the severity of asthma attacks, enhance the immune system, increase alertness, increase work productivity and concentration, increase lung capacity and reduce susceptibility to colds and flu. The salt crystal lamps have a similar effect to the ionizer. However, the natural ionization of a crystal lamp cannot be compared to an ionizer. A salt crystal lamp can only have an ionization effect. However, salt crystal lamps have many advantages in many aspects and improve the general atmosphere of a room.

If the lamp is next to a television or computer monitor, its effect, through its electromagnetic field, of the device is in approximately the 100-160 Hz zone. Our brain waves however, produce only 8 Hz

according to the Schuman resonance frequency. Therefore, the body is exposed to up to 20 times higher frequency patterns than it is generally used to. The consequences of this exposure results in nervousness, insomnia and lack of concentration or concentration weaknesses. In addition, there will be an accumulation of more free radicals in the body, known to be a cause of cancer.The salt crystal lamp binds the negative ions with the excessive positive ions. When the lamp becomes warm, it absorbs moisture and the crystal will be damp on the surface. This builds up the ion field. Through the lamp, the positively charged atmosphere of a room can be neutralized.In addition to this, the colors of the salt crystal stones have a healing effect. The therapeutic value of the colored crystals can reorganize the epidermal layer of our skin. Tests made with kids having ADHD symptoms have shown that after only one week of exposure to crystal salt lamps, their symptoms subsided. After removing the lamps, the symptoms returned.

It’s a well known fact that, through scientific and empirical research, salt crystal lamps exhibit biophysical characteristics, which demonstrate a positive effect on our well-being. From a scientific view there are three natural action principles at play: ionization, the electromagnetic oscillation and the transparent-crystalline structure developing the light waves.

Before we discuss the above mentioned characteristics of the salt crystal lamps in detail, we would like to point out that salt is a primal element, like water and air and its natural minerals and trace element have unique biophysical and biochemical characteristics. Salt is to be regarded as neutral, chemically as well as physically, without its own polarity, always balancing and neutralizing. Exactly like our planet earth’s makeup, human beings consist of about 70% water; brine water more specifically. This enormous potential on enclosed brine solution transmits the cosmic oscillation (vibration) energy, not only evenly over our planets, but also reaches deep into our most minute cells and nerves. It is not only the salt from a chemical view that the body needs in order to maintain our entire bodily functions, but the salt, from biophysical view, will always be able to bring the body back into its natural energy vibration rhythm.

Worldwide laboratory tests with the most diverse kinds of measuring methodology furnished the proof that lighted salt crystal lamps deliver ions to our environment. Primarily, the research points to an increased number of negative ions. The emission of ions is primarily caused by the alternating actions of the salt’s ability to first absorb water, and then evaporate it. To explain this more precisely, the heated salt crystal attracts the water molecules from the ambient air to its surface. The salt goes into a solution as it mixes with the water molecules. Sodium, as the positively charged ion, and chloride, as a negatively charged ion, becomes neutral and are emitted back into the environment. The uniqueness of this ion emission interrelation is only possible with the mineral salt, since salt possesses this transformation ability with water due to its electrically neutral atomic structure.Scientific investigations of the last decades proved clearly that a balanced ion relationship with a little surplus of negative ions could have extremely positive affects on our entire physical condition and our health. The heated salt crystal lamps can be referred to, according to research, as natural ion generators. Here however it is pointed out that the emission of ions by heated salt crystal lamps, should not be regarded as the primary characteristic, because from scientific standpoint, the surplus of negative ions is negligible. More important is its ability to clean the ambient air. Depending upon size and surface area of the salt crystal used for the lamp, the ambient air surrounding it is measurably cleaned by the transformation cycle of hydrogen and oxygen, as well as sodium and chloride ions. This characteristic is especially helpful for relieving the symptoms associated with asthma and allergies in general.The research of the characteristics of pure, or cleaned air through the action of the salt crystal lamps, is based on a medical therapy called Spelaeotherapy, a treatment where the patient enters an underground salt mine and is exposed to the concentrated atmosphere of negative ions. Further scientific research has not taken place yet under medical guidance, since scientific investigations are still at the beginning stages. One cannot compare the therapeutic effect of a singular salt crystal lamp to the effects found in a salt cave (mine), when conducted according to medical guidelines. However, there have been a great variety of holistic and positive self-therapy results, which can be classified as scientifically subjective, and should be recognized and considered.

When we talk about light we mean, for the most part, the oscillation energies, or electromagnetic wavelengths, which lie in a nanometer, range visible to our human eye. From the colour therapy it is well-known that the human organism needs the light waves of the rainbow spectrum (300-700 nanometers) for the health and preservation of the body. Our body’s cells are supplied by light with new energy in the form of electromagnetic wavelengths. Thus the atomic structure of each individual cell vibrates in its own given order and can radiate bio photons as the cell’s own electromagnetic energy field.

The specific oscillation values of salt crystal lamps depend upon crystalline colour structure in the so-called warm clay/tone range of 600-700 nanometers. For decades, the field of medicine has been using irradiation with monochromatic light, since these colour vibration areas exert direct influence on our cell producing functions. To what extent a salt crystal lamp can be employed for natural irradiation therapy, is yet to be seen without further research. However, salt crystal lamps have been used therapeutically for years. 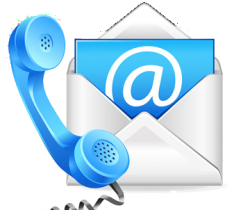